People on the road in Bangkok 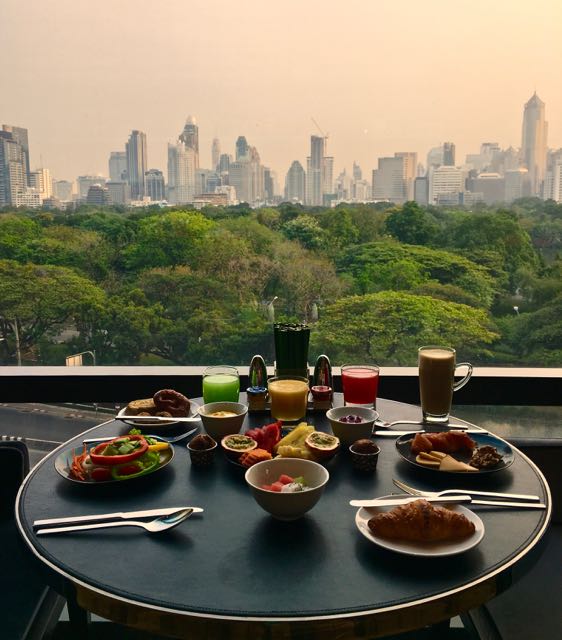 What is the best thing about traveling to Thailand? Exploring, the food and the people would probably come up in your mind first and I can understand. Isn’t that why we travel the world? In total I have now been in this country more than 15 times and it still is intriguing enough to come back. All my experience and travel tips for Thailand I bundeled in more than 40 travel blogs. Check them out in the link.

But what if you have been on your way for many years already? Do your interests change? I have to admit I became a slow traveller and I love to get to know a place a bit more than I used to. And what makes it that you call a place a special spot? Right, it is all about the people.

People on the road all have a story to tell and that makes them so appealing to get in touch with. Everyone’s story is unique, although some of them are just like anyone else. Though the remarkable ones keep you intrigued.

After all those times I have seen the top things to do in Bangkok so meeting cool and inspiring people and listening to their stories is totally worth it.

Through Social Media I met Maricel, who is a very passionate vegan chef and a long-term traveller. Just like me she has been to over 70 different countries in those 5 years she is on the road. This German with Asian roots is also the perfect example that travelling changed her life. Making some extra income by teaching German she started blogging about vegan food.

This is going to sound bad, but I forgot her name. I actually just tried to look her up on Facebook, but I could not find her. To be honest I don’t even know if she is willing to be named by her full name on here. It is her freelance job that makes her unique. It was my first time I met a full time marijuana farm employee. All this American from Maine did was cutting marijuana and getting paid loads of money for it. Of course it is a very tricky job as it still is illegal in most States in the US to grow marijuana. A very stressful job as well as there are only very few or actually none civil rights and you are working for criminals. Getting paid between $200 - $500 USD a day sounds appealing but you are on one side afraid of getting caught by the police and on the other side under a lot of pressure from your boss/criminal. To make her even more outstanding from the crowd was the fact that she was a true gypsy, living in her car for many consecutive months in the US. Now I am typing this I never asked where she was taking a shower!

To stay in the exciting and exceptional job category I got in touch with a hacker or software developer how is rather named. When I was having a late night coffee with Maricel the Vegancrush girl we ran into this guy. He started off telling us he hacked our conversation about blogging, youtube, and instagram, but only just by listening. He explained a bit what he was doing, but not really. There was always that grey area, but this guy was truly a genius. He showed us some stuff on his Macbook where he manipulated Facebook to catch a lot of attention and other cool stuff. His stories were mind-blowing and where I initially wanted to go home at 12.30am I only reached my bed at 4.30 in the morning. The stories about hacking a famous taxi service application, and some Thai mobile providers where extremely captivating. Super friendly guy with a fantastic story! It was great running into you mate! As I don’t want him to hack my website I will not mention his name here! LOL

How to start a successful YouTube Channel? How do you decide to become a YouTuber? Kind of similar question I receive about my travel blog, but this time it was me who was asking these kind of questions. I met up through social media with Farah who is running her own YouTube Channel. Here you will find tons of things related to fashion and beauty. Yes not at all the same topic like what I blog about but it is about the same mindset. Fuel your fashion appetite in her strive to make fashion trends digestible.

Pure coincidence but my meet up with a well-reputed Dutch journalist on the run was one I will not forget either. Her inspiring life approach was intriguing and it was impressive to listen to what she achieved in a couple years time. Being a journalist it is a small step to become a digital nomad. As a freelancer you can literally work from everywhere around the world as long as you have a good internet connection. Interviews are done through Skype calls and sending your articles back to the office in Holland is a piece of cake. Living in multiple different locations per year is something I could see myself doing in a couple years time. Some months in the USA, couple months in Asia, middle East for a while and so on, this girl is a real nomad!

Furthermore I also met up with Jim, not really a social media genius yet, but an amazingly friendly guy with a very interesting story of course; otherwise he would not make it to this list. When you quit your job as an airline pilot of one of the biggest airliners in the USA you must have guts. After flying for 10 years Jim was in need of a change and decided to take over the company of his parents and change it into a travel agency for jetsetters. Now he is travelling the world staying in amazing hotels, networking and drinking coffee, and meeting high rollers in the travel business and me.

13 Unusual Things To Do In Bangkok

Tips for Bangkok to Kuala Lumpur by Train | Worth it?