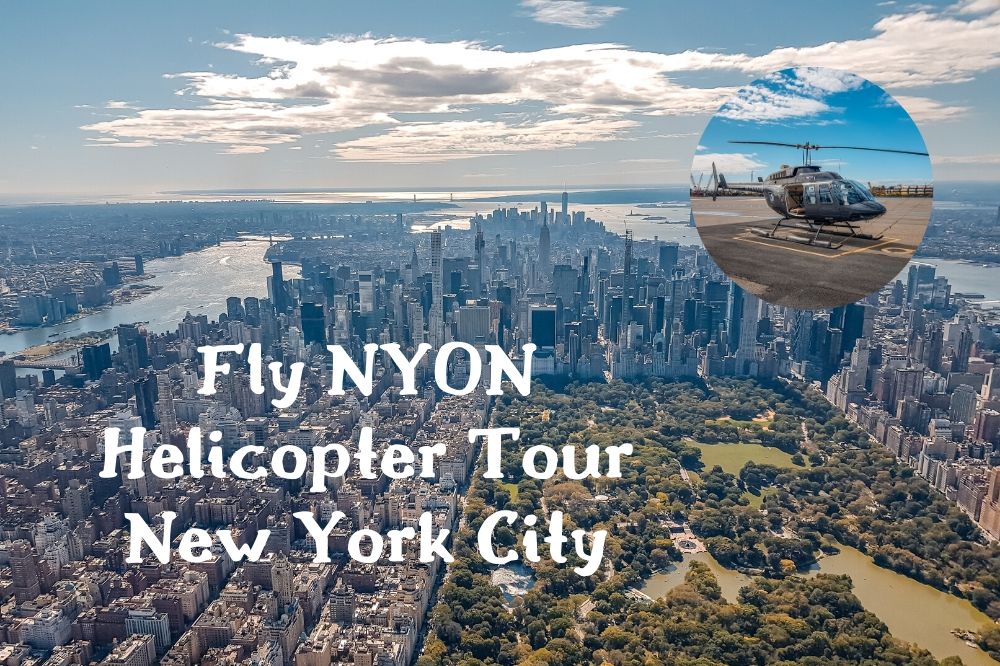 Are you ready for one of the ultimate New York travel adventures? Who does not want to fly in a helicopter over New York City? FlyNYON makes this possible and the best thing about it is that they offer a ride with open doors. The ultimate best thing to do in New York City for sure…

Their website says, ‘the ultimate New York helicopter photo experience’, which is what made me even more curious to try this New York City helicopter tour.

I visited this world famous city before, and did a lot of cool stuff already, but the one thing I didn’t do was a scenic helicopter flight over New York. When New York became part of my recent trip through the USA in October 2019, one thing I knew for certain, this time I was going to do a New York helicopter tour.

Also read about my experience on a helicopter ride over Niagara Falls or more about this natural world wonder in my complete Niagara Falls USA travel guide. 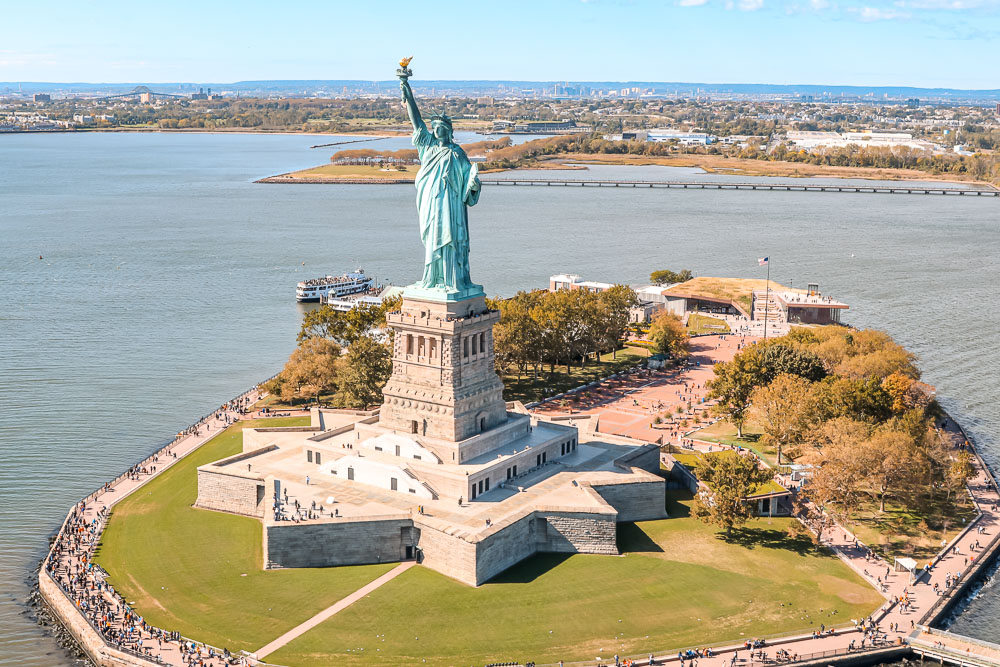 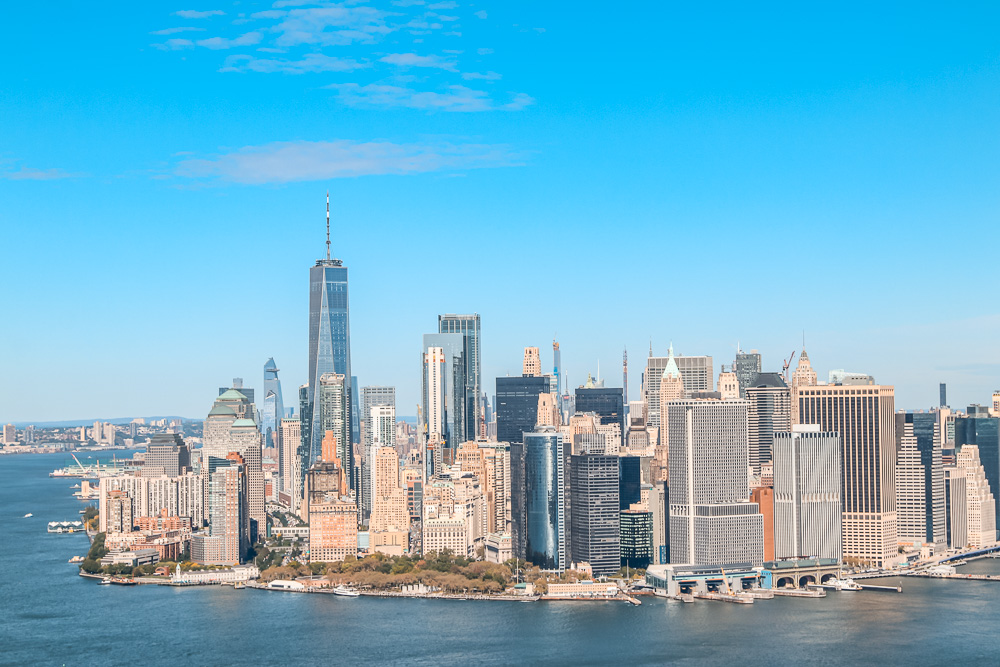 New York City was the last place to visit during my road trip through the USA, so I had over three weeks to get super excited about this ultimate NYC experience.

The night before my flight I received a rather disturbing e-mail, a FlyNYON weather warning.
Obviously, all flights are weather depending, but receiving such an e-mail, I just kept my fingers crossed the rest of the day. 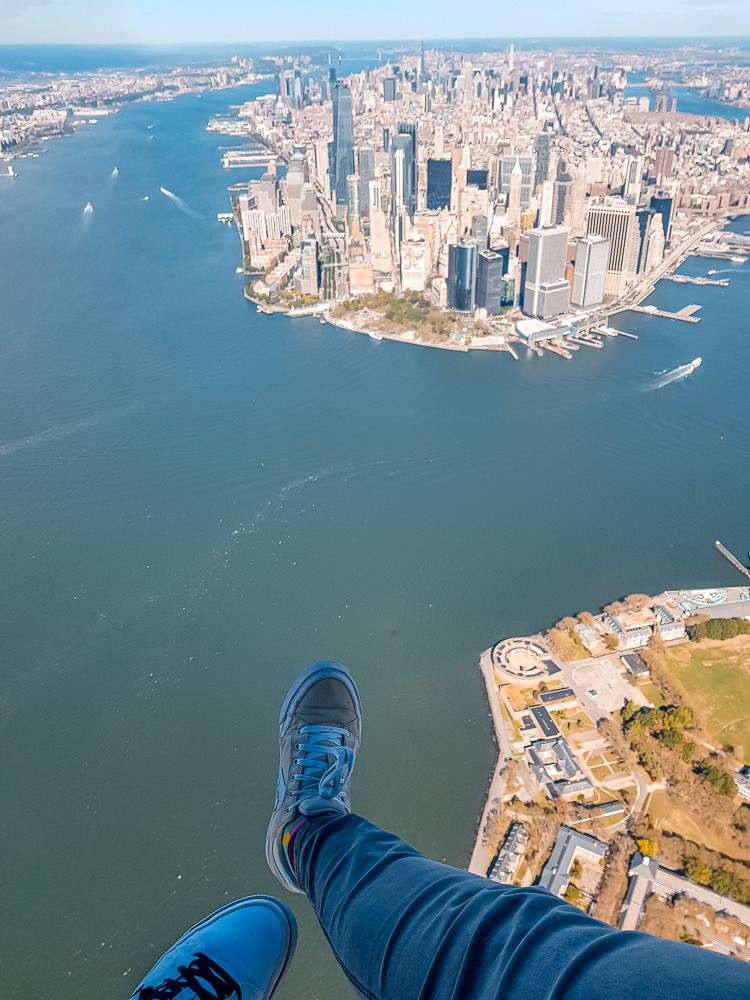 Waking up on the day of my flight, I could see nothing but blue skies, would I be lucky, would today a dream come true? I got in the car and made my way to New Jersey, where the FlyNYON doors off flights depart from. Well, I was extremely lucky in the end, as the day of my flight turned out to be the most perfect day for a New York City helicopter ride, blue skies, sunny, just perfect! 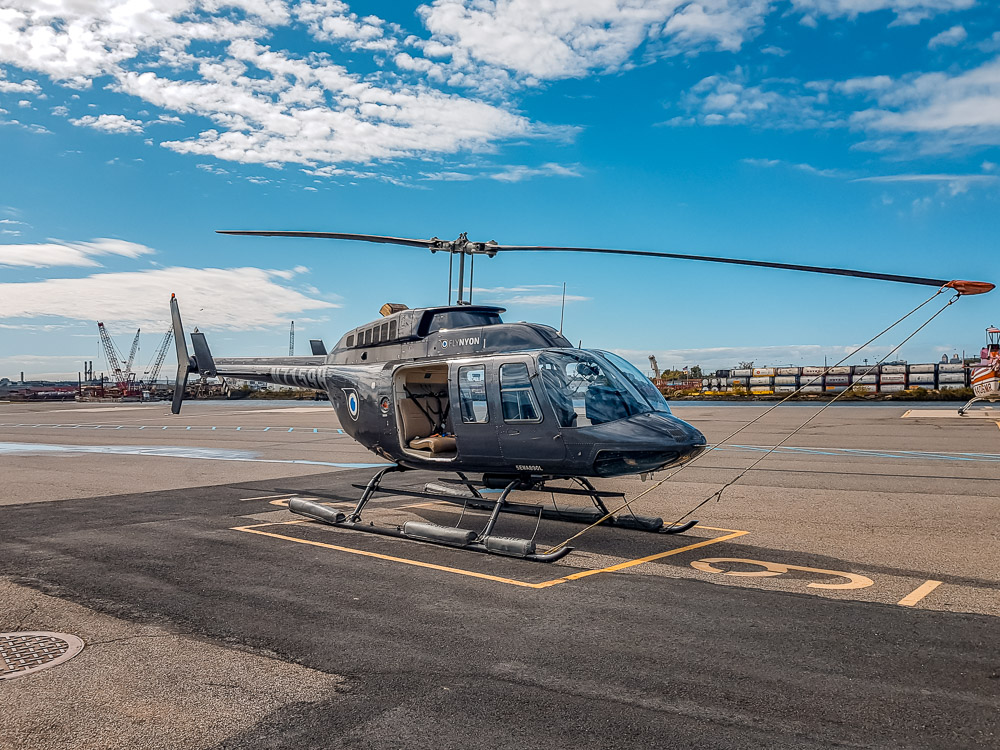 FlyNYON requires you to be at their hangar in New Jersey one hour and fifteen minutes before your scheduled flight. It sounds like a long time, but I get why they want you in early. Safety briefings are an important part of this New York helicopter tour. However, to be honest, in between the safety briefing and putting on the harness, there was a lot of waiting involved. And if you’re as excited as I was for my flight, waiting takes even longer. 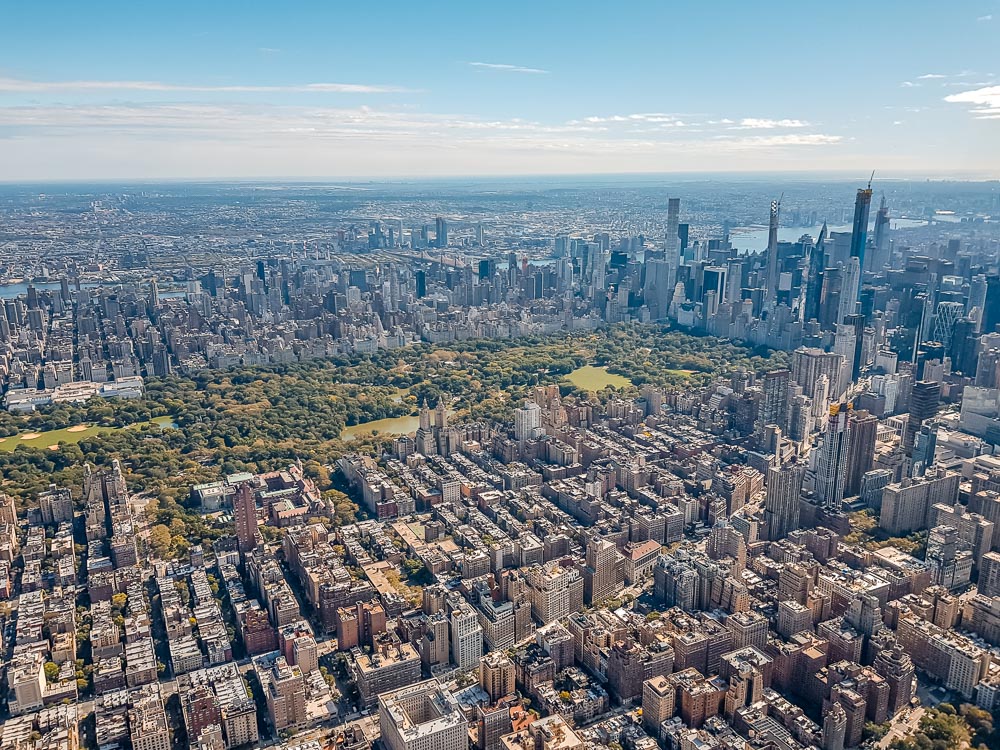 Safety above all though! So make sure you get there in time, otherwise they might not be able to let you take this ultimate helicopter tour over New York.

They have several flight options available, one for every budget. Also, if doors-off is not really your thing, they also offer ‘normal’ doors-on flights. 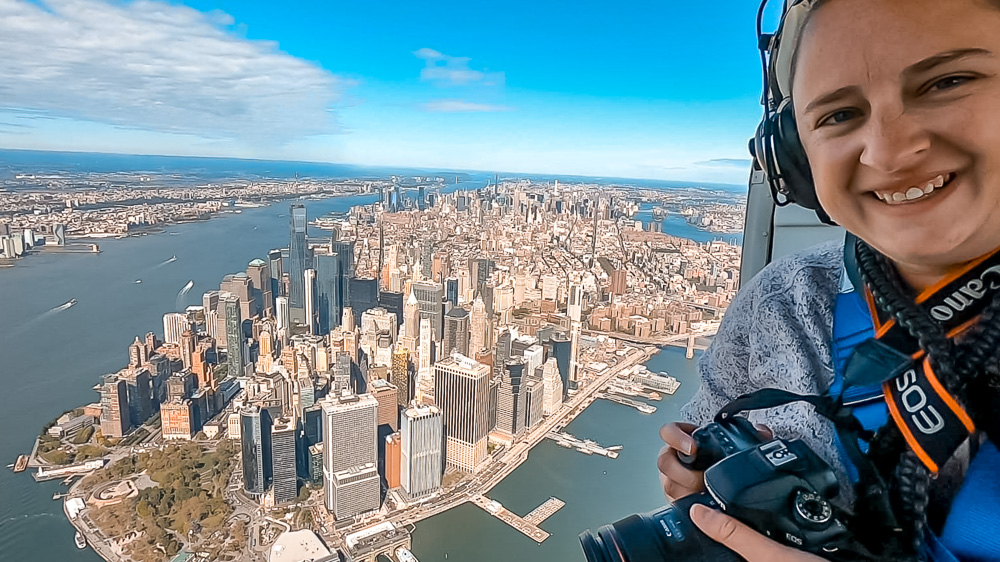 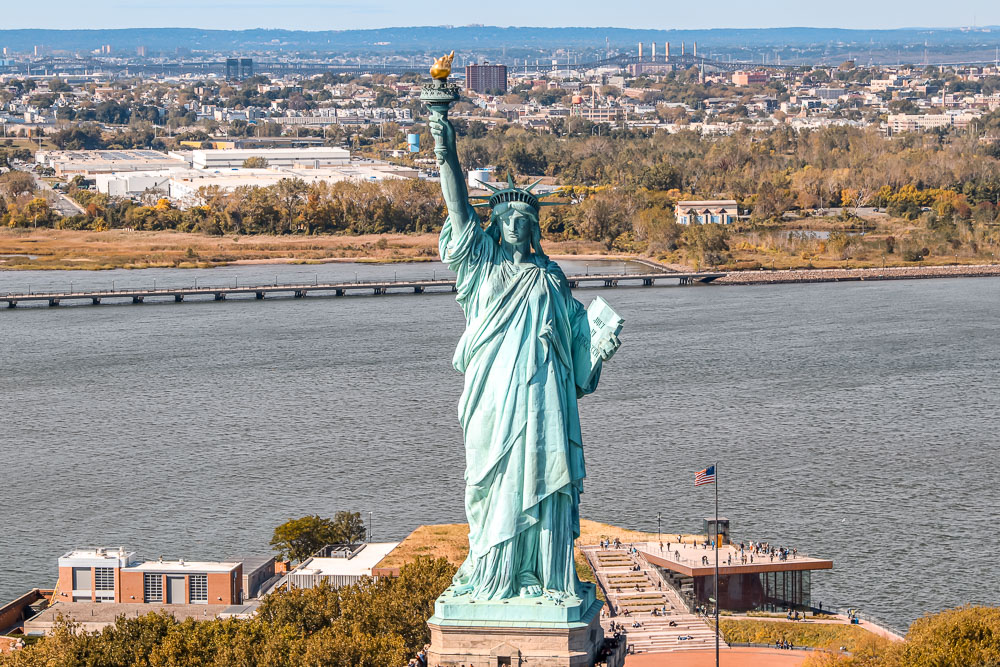 The FlyNYON hangar in New Jersey is located very close to Manhattan and offers amazing Manhattan skyline views pretty much straight after taking off. So have your eyes open and gear ready from the moment your New York City helicopter tour starts. 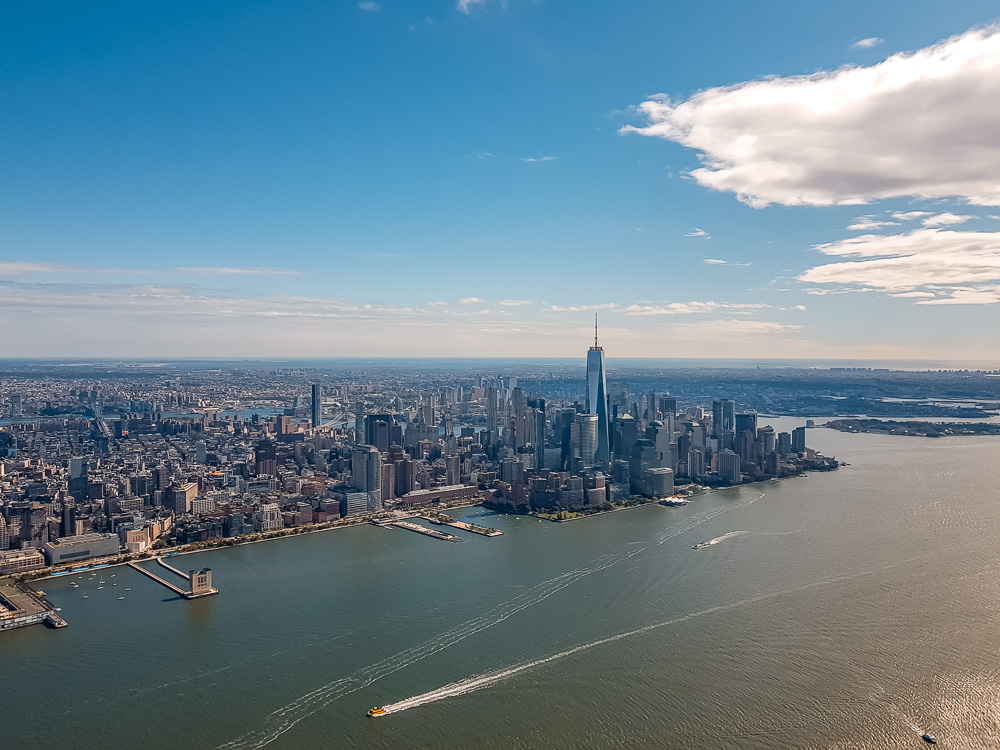 What Camera Gear is allowed?

Be aware that you’re only allowed two image capture devices per person on the doors-off flights. Tethers and / or cases for smartphones are provided by FlyNYON. All other photo equipment must have a strap to be securely attached. Lenses must remain attached to the body, if you want to shoot with more than one lens, then you must have more than one body. All accessories need to be removed before the flight.

FlyNYON also offers camera rental for your helicopter flight over New York. Feel like you want a more professional camera to capture this flight with? Just rent one! They provide you with a Canon camera, including an empty SD card. At the end of the helicopter flight you hand back the camera. The SD card full of images you just shot is yours!

Doing the doors-off flight has been one of the most epic travel experiences of my life. New York is one of my most favorite cities in the world, I love every bit of it and thanks to FlyNYON now even more. 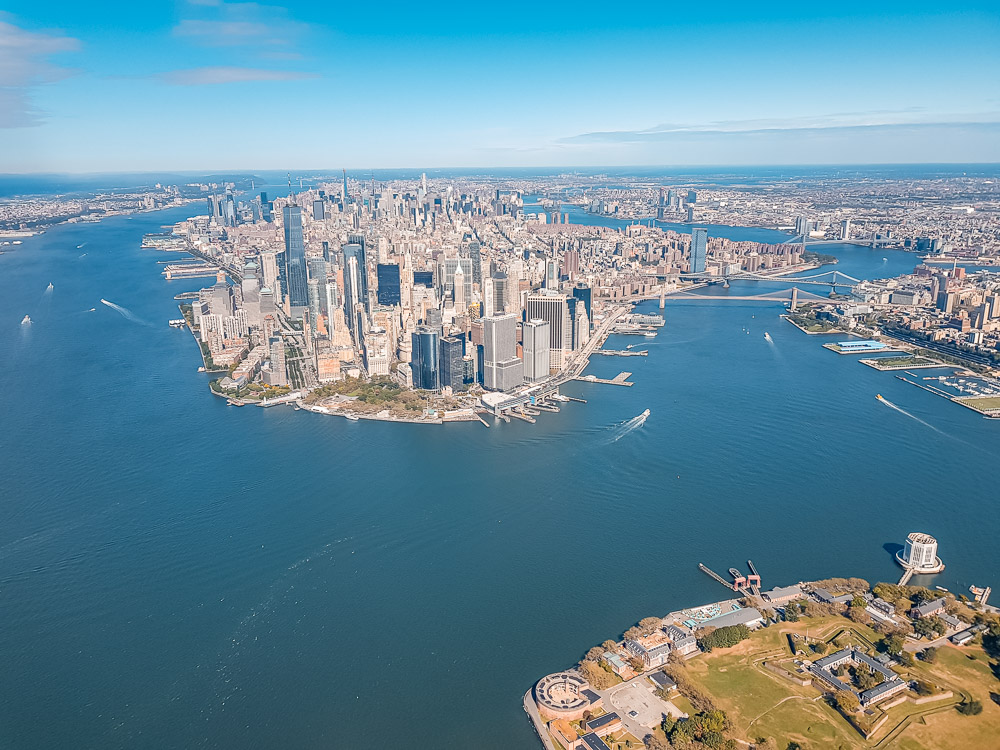 New York is an impressive city, whether it’s the crowded Times Square, or the massive 9/11 memorial. Being able to see New York from a helicopter, I landed back at the hangar with memories for a lifetime. It absolutely is one of the best things to do in New York.

Even though I know no one will take this advice, and you think I might be crazy and this might sound weird, I just have to say it. This flight is best experienced without cameras and phones! Of course you want to capture everything with your camera, but imagine not looking through a lens, but just fully enjoy the ride. 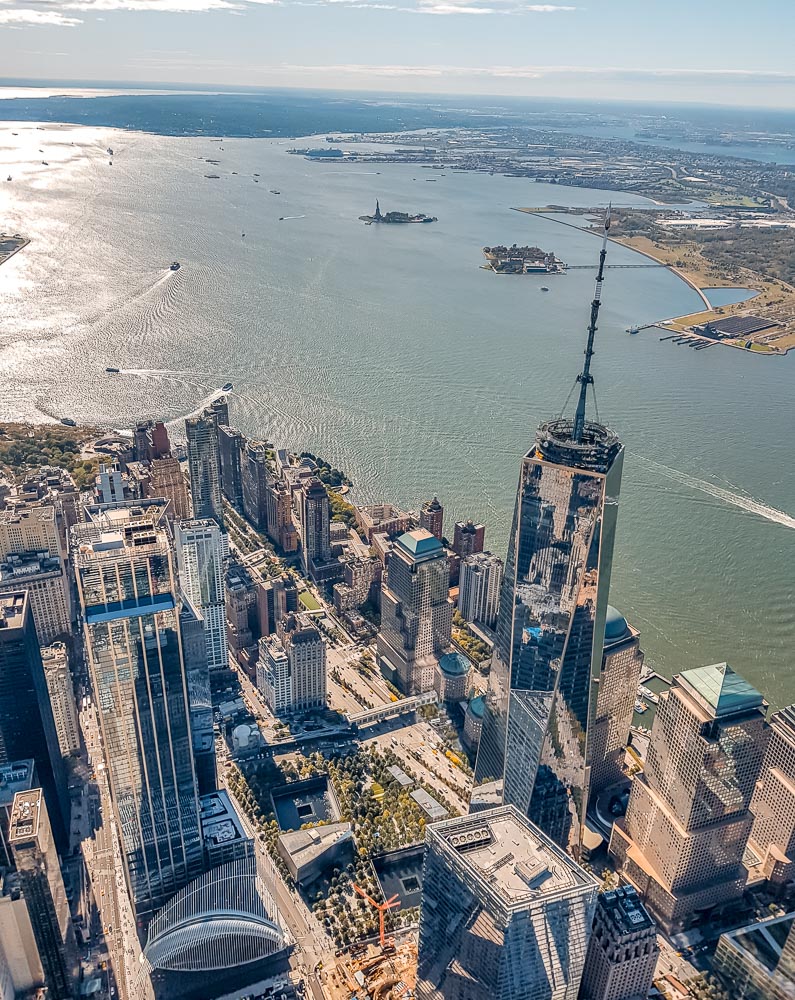 Of course I also took my camera and phone with me to capture every moment of this helicopter tour over New York, but as soon as I was back in the hangar I thought, this was the most amazing experience ever, but I have seen a lot of it through the screens of my devices. Think about it when booking a helicopter ride over New York city.

I can only recommend doing this doors-off flight when visiting New York. It’s an experience like nothing else, and you will see this city in a spectacular way, one you will never forget. 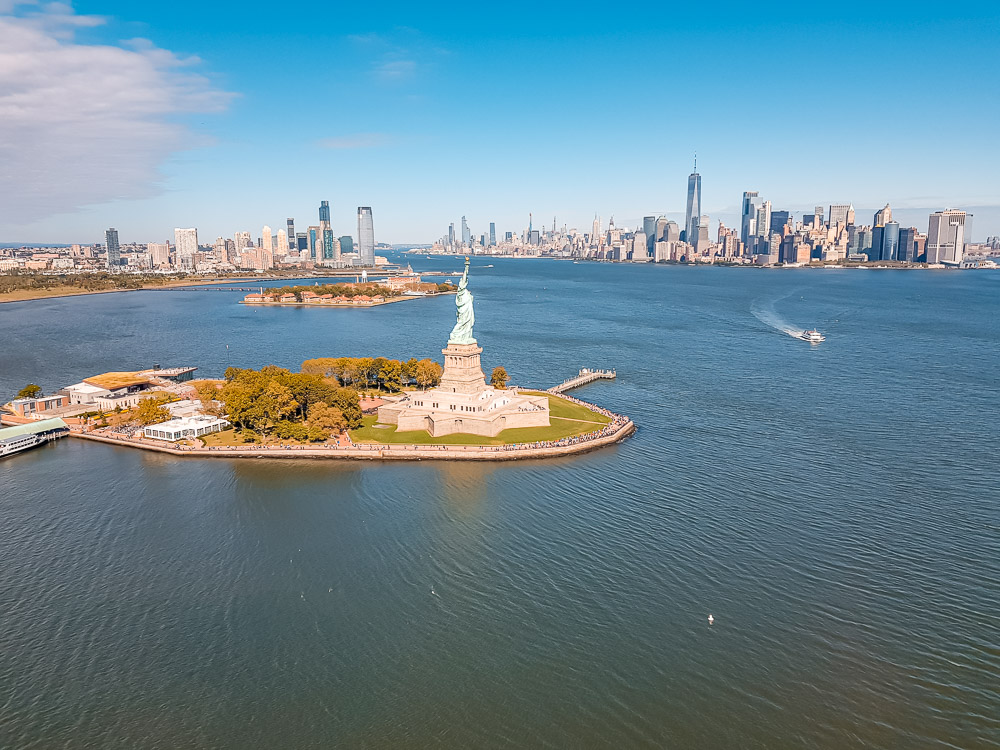 A big thank you to the FlyNYON team for having me on one of their doors off flights and for giving me an experience of a lifetime. Seeing New York City from a helicopter has been on my bucket list for a long time, what a way to tick it off. Whether it is your first visit to New York or your 10th, this is a must-do! 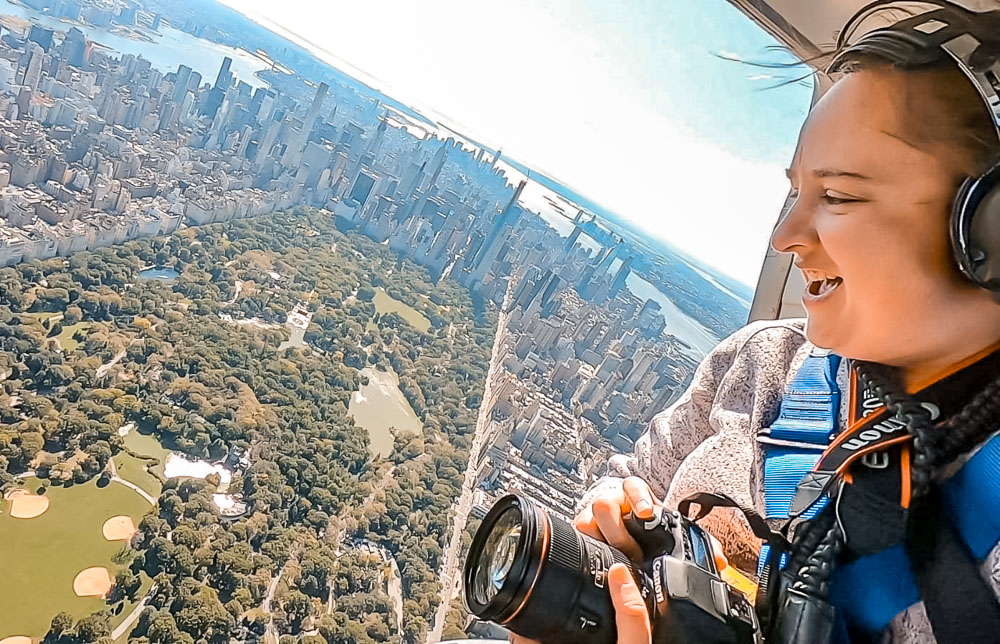 Travel writer and Traveltomtom team member Ashley did this amazing doors off flight with FlyNYON, while travelling through the USA and wrote this review about her bucketlist experience. More about my tour through the USA and Canada can be found in articles like: helicopter ride Niagara Falls, Sheraton Montreal, Intercontinental Washington DC The Wharf and many more...